How will the air traffic be managed during Rally Estonia? 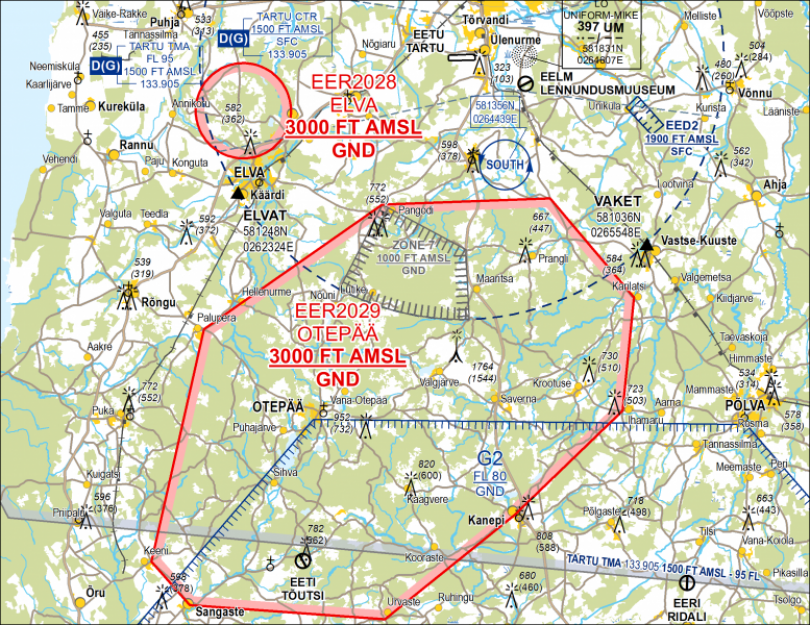 Only 16 000 fans will be able to watch the rally due to corona virus spread, others will have to rely on live camera footage, which will be broadcast from helicopters in air, cameras on the ground and in competition cars. World-class video broadcast is not the only reason nearly 20 aircraft can be seen circling above the rally tracks.

“Safe traffic of nearly 20 aircraft in a relatively small area will have to be managed during Rally Estonia. What needs to also be considered is that aircraft are different and in air for various reasons,” said Kalmer Sütt, the Head of Aeronautical Information Services Department at Lennuliiklusteeninduse AS (Estonian Air Navigation Services – EANS). A WRC filming helicopter will be operating in the immediate vicinity of the tests, the helicopter will be moving along a set trajectory to offer the best footage from the track. Ten helicopters with clients will also be moving from test to test. The clients intend to see all the rally tests and there is a high probability that they would want to do it simultaneously, as most of them wish to see the cars in the first part (WRC).  “The organiser has prepared special landing areas for helicopters flying the clients; these are located near the tests. Additionally, we will have to be prepared for the rescue helicopter traffic and drone surveillance activity.  All aircraft traffic will be monitored from taking off to landing, to assure the safety both of the pilots and spectators,” added Sütt. 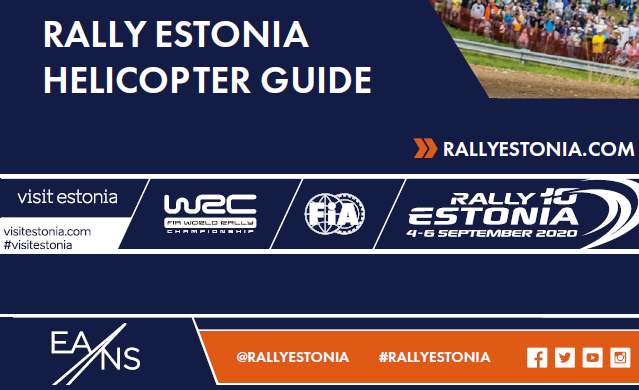 The Aeronautical Information Services Department of EANS has prepared and published an AIP (Aeronautical Information Publication) Supplement, which established flight restrictions to the rally area.  “We prepared a procedures and area charts package for pilots and found a way for communication between the Raadi competition centre and the helicopters, as well as coordinators at the landing areas, who will help to mark the helicopter landing area and arrange parking at the landing area. The aircraft will be operating in an uncontrolled airspace in rally area, where we do not offer air traffic control service.  However, taking into account southern Estonia’s landscape, the compact size of rally area and a possibility that the early autumn weather may lower the clouds, we will aim to help them with experienced air traffic controllers and technology (all aircraft have GPS transmitters, which can be seen by the competition control centre), to prevent inconvenient situations in flying in the competition area.  However, the main responsibility lies with the pilots and their professionalism,” explained Sütt the flight operations management during the rally.

Tartu airport work arrangement will also change during the rally.  “We made an agreement with the Estonian Aviation Academy and Pakker Avio for the duration of rally, to stop school and training flights at Tartu aerodrome.  Additionally, Tartu Airport will exceptionally be open 24/7 during the rally and Tartu air traffic controllers will be prepared for increased traffic,” said Sütt.

Drones operating without a permit will be removed

To assure flight safety, close cooperation is maintained with Estonian Police and Border Guard Board.  Estonian Civil Aviation Authority (CAA) will also be present at the event.  “No-fly zones are established for major events like Rally Estonia to prevent hazard for the spectators and other aircraft. Only the persons involved with organising Rally Estonia are permitted to operate drones, along with a valid coordination and ATC authorisation.  We will remove the drones operating without an authorisation and the operator shall be made responsible as laid down by the law,” said Kert Kotkas, the representative of Estonian Police and Border Guard Board, reminding that the drone operator or pilot will be responsible for the damage accompanying with warding off an unauthorised drone. “Similarly to manned aircraft – responsibility lies also with the pilot in the case of unmanned aircraft,” he added.

According to Estonian Police and Border Guard Board’s representative, the awareness of restrictions on the event for the drone operators has increased, but they will continue awareness-raising in close cooperation with the Estonian CAA. “The interest in drones is increasing in Estonia, but our airspace is a shared one and we all must operate here safely, taking into account also what is happening on the ground,” said Kotkas.

AIP SUPPLEMENT CAN BE FOUND HERE!